Dr Borman will be the University’s second Chancellor following Dame Judith Mayhew-Jonas’ decade-long tenure, who prior to this also served as Provost of the University College.

The position of Chancellor is the ceremonial head of the University whose role is to promote and encourage all aspects of its mission and to act as an ambassador regionally, nationally and internationally.

Dr Borman specialises in the Tudor period. Her books include Elizabeth’s Women, which was Book of the Week on Radio 4, Thomas Cromwell: the untold story of Henry VIII’s most faithful servant, which was a Sunday Times bestseller, The Private Lives of the Tudors and Henry VIII and the Men Who Made Him. Her latest book, which was the subject of her lecture at Bishop Grosseteste University on 30 May 2022, is Crown & Sceptre: A New History of the British Monarchy. She has also written historical fiction, The King’s Witch trilogy, based around the Gunpowder Plot and the court of James I.

Dr Borman studied and taught history at the University of Hull and was awarded a PhD in 1997, as well as an honorary DLit in 2017. In January 2021, she was awarded an honorary professorship from Bishop Grosseteste University, Lincoln, and in 2020 she was made an Honorary Fellow in the Faculty of Humanities and Social Sciences at Queen Mary University of London. She is a Trustee of The Buccleuch Living Heritage Trust and a Patron of Lavenham Library, the Friends of Marble Hill House, Vectis Archaeological Trust and the Chalke Valley History Festival.

Dr Borman has had a successful career in heritage and has worked for a range of historic properties and national organisations, including the Heritage Lottery Fund, The National Archives and English Heritage. She is now Chief Executive of the Heritage Education Trust, a charity which encourages children to visit and learn from historic properties. It achieves this through initiatives such as The Sandford Award scheme, which is run in partnership with Bishop Grosseteste University and is given in recognition of high-quality heritage education. She is also joint Chief Curator of Historic Royal Palaces, the charity that manages Hampton Court Palace, the Tower of London, Kensington Palace, Kew Palace, the Banqueting House, Whitehall and Hillsborough Castle.

Dr Borman is a regular broadcaster and has presented a range of historical documentaries, including Inside the Tower of London and The Fall of Anne Boleyn. She is a contributor to BBC History Magazine and gives talks on her books across the country and abroad.

Dr Borman’s appointment as Chancellor followed a nomination process from university staff and members of the board of governors which closed in late 2021. She has previously been a regular contributor to the work at BGU, including delivering lectures and talks on campus as part of her national book tours and has been committed to and supportive of the University.

Speaking of her appointment Dr Borman said: “It is a privilege and honour to serve Bishop Grosseteste University as its second Chancellor, at such an exciting time in its history. I look forward to supporting the University through the next phase of its development.”

“I think that Dr Borman will be an inspiration to the wider BGU community and her values are aligned closely to those of the university. She inspires the nation and champions heritage, education and the arts, bringing them to life with her books, broadcasts and involvement in historic properties.”

“In our warm welcoming of Dr Borman, I would also like to extend our gratitude on behalf of the University to our outgoing Chancellor Dame Judith for her advocacy, support, creativity and ideas throughout her terms as Provost and Chancellor. 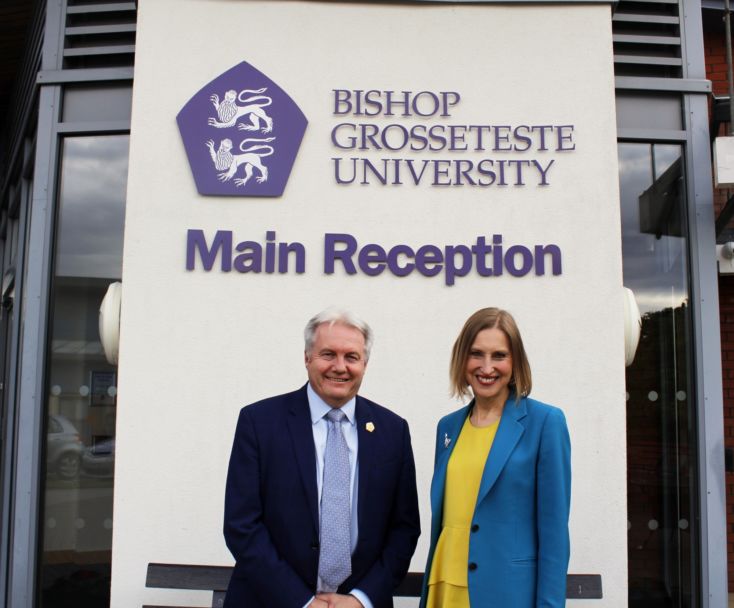