In 1862, Lincoln Diocesan Training College for School Mistresses opened its doors, aiming to train schoolmistresses who would then teach in and around Lincolnshire. This institution would go on to become Bishop Grosseteste University. The first principal, Canon Hector Nelson, wrote about the opening of the College in 1895:

‘The feeling in the city with regard to the object of the College was very amusing, some objected to the whole thing on principle. There were others who could not imagine that the [teaching] profession could ever absorb so many [teachers] as the College would supply; one who afterwards became my fast friend said: ‘Teachers, indeed! If you would train cooks for us, we would be grateful’.

‘They were a ‘mixed lot’ – some first rate in every sense, some quite the contrary, pebbles and pearls. Soon after gathering them together, I met Canon Cook, then Inspector of Female Training Colleges and said to him ‘I have filled up the College, what shall I do with them?’ His reply was the best of advice in the smallest possible compass: ‘individualise them’’.

The College which never admitted more than forty students during its first thirty years, developed a strong family feeling with Canon Nelson at its helm, becoming known affectionately around Lincoln as ‘Ali Baba and his forty thieves’. 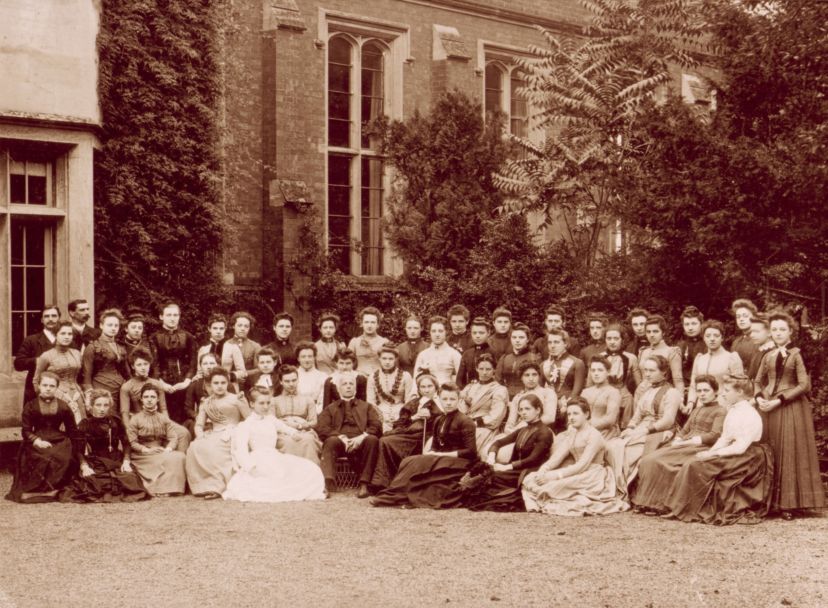