This summer, Senior Lecturer Dr Helen Bushell-Thornalley was a VIP guest at the Wenlock Olympian Games annual festival, where she gifted a copy of her doctoral thesis.

Helen’s thesis was published in September 2021, and in December that year was recognised by the International Olympic Committee (IOC) for its research impact on Olympic knowledge, and her gifted copy will now be placed within the Wenlock Olympian Societies archives.

Her research was inspired by the work of Dr William Penny Brookes who was a physician in Much Wenlock, Shropshire. Dr Brookes was the individual who corresponded with and influenced Baron Pierre de Coubertin, the founder of the Modern Olympic Games (1896). Dr Brookes believed that Physical Education must be taught in schools for all children through sporting disciplines so that health and well-being would be advanced and poor health reduced.

Helen’s research reflects on these significant histories, and how Wenlock the London Olympic 2012 Official Olympic Mascot was named after the Shropshire town, to honour historical events but also place the story of these festivals of sport for children to study.

Chris Cannon, the head archivist of the Wenlock Olympian Society, was instrumental in allowing Helen to view materials and shared insights first-hand about the artefacts on Dr William Penny Brookes that were not fully understood.

Since the London 2012 Olympic Games the Wenlock Olympian Society launched its charitable foundation, which promotes participation in sports and cultural activities.

During this event, Helen also presented medals to a range of young athletes and gave a live interview on her work and discussed the importance of the Much Wenlock Festival of Sport, not just for those that can be in it but what the Wenlock Olympian society offers the legacy and history-making of sporting festival events in this country.

Dr Helen Bushell-Thornalley, said:” I am keen to advance my findings of the story of Dr Willilam Penny Brookes, and what the educational provision is for this history within examination subjects taught within schools and how can those that train teachers within Physical Education and Performing Arts can advance this knowledge for all.” 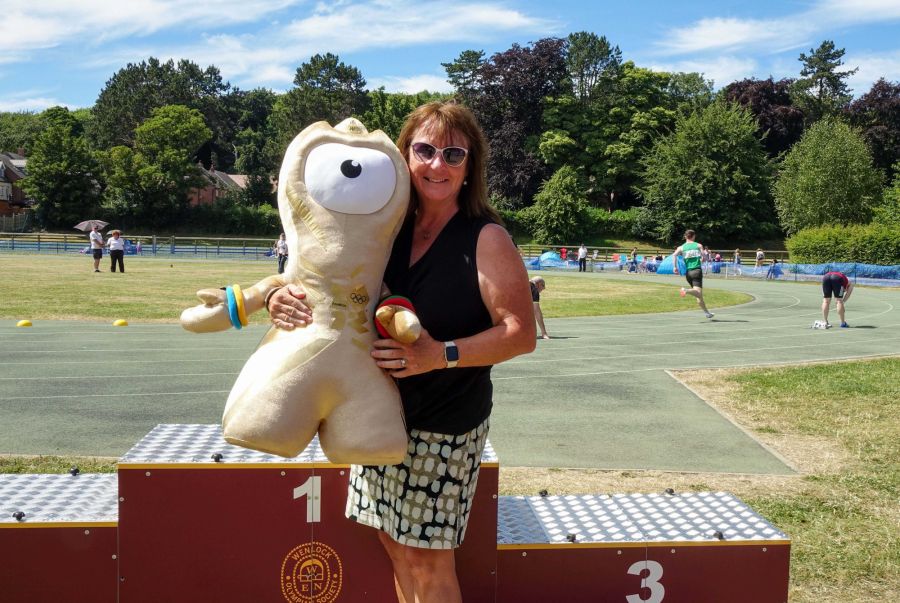