Well-being is increasingly identified as an important issue relating to student welfare in higher education. This is true of initial teacher education as much as it is of other educational sub-sectors, particularly given the additional stresses and multiple agencies involved. An initial needs analysis demonstrates that the key factors which appear to influence student teachers’ well-being are:

By creating and maturing an aspect of training which focuses on the development of communities, interpersonal skills, and supporting the development of strong relationships, we aim to develop Initial Teacher Education (ITE) programmes which draw on best practice from across contrasting European contexts to better support student teachers’ well-being.

Given the focus of the project, which spans across both university and school contexts in relation to the issues identified above, it is crucial that it engages with all core groups involved in the process of initial teacher education, student teachers, teacher educators and school-based mentors. These are the identified groups which will engage with the objectives of the project to understand in more detail the complexities and processes involved in student teacher well-being and how these can be used as the basis for the creation of three toolkits, one for each of the three groups involved in the project.

The dynamics of well-being issues will differ in each national context, and by working transnationally, any outcomes will have greater utility across a wider community of those involved in ITE. By uncovering and understanding the processes and issues relevant across national systems, the toolkits which are developed as the main intellectual output of the project will have greater utility across the European zone.

Aims and objectives of the project

Given the context and proposed focus of the project, the objectives are

The following outputs will be completed:

Development of toolkits. Led by ITA-Suomen Yliopisto, University of Eastern Finland, the outputs from this phase of the project will be the finalised toolkits. Time incurred will be a contribution towards the completion of these substantial outputs.

Development of publications. Led by Kobenhavns Professionshojskole, University College Copenhagen (KP), the outputs from this phase of the project will be academic papers and a book. Time incurred will be a contribution towards the likely commitment from academic participants. 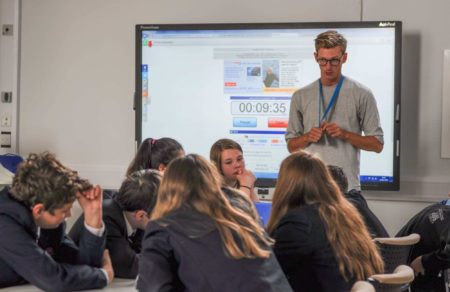