Popular in medieval Europe, Mystery plays were often performed in ‘cycles’ which meant that performances could be spread over several days.

The N-Town cycle, upon which the modern Lincoln Mystery Plays are based, includes 42 plays believed to have been written and first performed in the late fifteenth century in the East Midlands or East Anglia.

The first ‘modern’ mystery play known to have been performed in Lincoln was staged at The Theatre Royal in 1969. Nine years later, in 1978, The Lincoln Mystery Plays Company was formed by Keith Ramsey, Senior Drama Lecturer here at Bishop Grosseteste University (then Bishop Grosseteste College), and productions have been staged on a regular basis ever since, usually every four years. Keith Ramsey directed the Lincoln Mystery Plays until his retirement in 2000.

The Lincoln Mystery Plays Archive (incorporating the Keith Ramsay Collection) was donated to Bishop Grosseteste University by the Lincoln Mystery Plays Trust in July 2014. Over the next three years much time and care was taken to preserve, catalogue and curate the archive by the University’s Collections Librarian Susan Rodda, who herself appeared in the 1978 performance, with assistance from Library Assistant Claire Lamb. The completion of this work, and therefore the opening of the Archive, was celebrated at an event in October 2017.

Made up of ephemera from a variety of performances in Lincoln Cathedral, Southwell Minster and overseas, the Archive incorporates more than 500 photographs, 130 press releases and reviews and 50 items of correspondence, as well as programmes, scripts, working scripts, posters, DVDs of productions, television reports & interviews, music CDs, reference books and Keith Ramsay’s personal scrapbooks. It is potentially of use to students and researchers of medieval drama, community theatre, site-specific drama, religious drama and theatre production, as well as anyone involved in the staging of mystery plays.

To find out more about the Lincoln Mystery Plays click here, or to find out about drama courses at BGU click here.

The Archive is available to view by appointment only. To make an enquiry or book an appointment please contact the Library at library@bishopg.ac.uk, or call 01522 583790 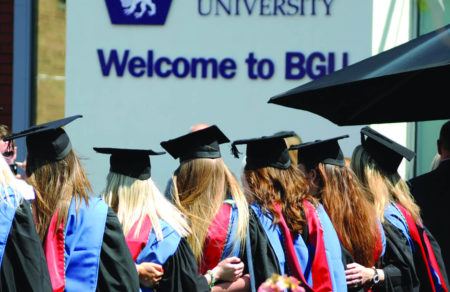 Browse our wide range of degree courses and find the perfect one for you. 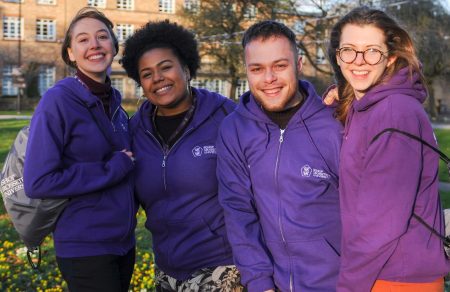 Open Days are the absolute best way to find out just what BGU has to offer. 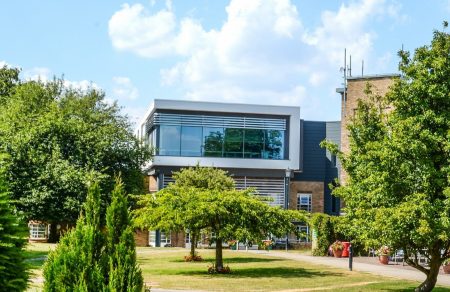 Download your copy of our prospectus to find out more about life at BGU.