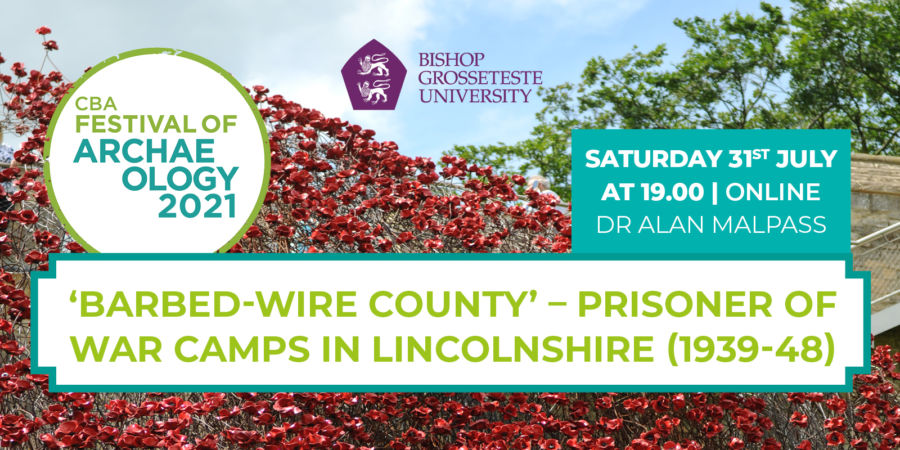 Virtual talk as part of National Archaeology Festival - https://festival.archaeologyuk.org/
This event is FREE of charge.
Participants will receive their link to join the event upon completion of the form below.

Famous for the concentration of airfields across the county that played a vital role in the bombing of Germany during the Second World War, Lincolnshire earned the nickname ‘Bomber County’. Less well-known are the camps opened across Lincolnshire that held Italian and German prisoners of war. As a major farming area during the war, several POW camps were located in Lincolnshire with many of the captives set to work on the land. In this talk, Dr Alan Malpass provides an overview of POW camps in Lincolnshire during and after the Second World War and explores the experiences and memory of their occupants.